Our World After Coronavirus

Pandemics have always troubled human civilizations throughout history. Many of these widespread diseases have had severe impacts on human society from causing death to large numbers of the global population, to contributing to an end of a civilization.

During the reign of Justinian I, the emperor of the Byzantine Empire in the 6th century, a plague (which may have been caused by the same bacterium in the Black Death later on in Europe) ravaged the population. It interrupted trade and caused severe labor shortages which led to the decline of the empire.

Smallpox, measles and mumps were brought over by Europeans upon their arrival to the American continent in 1492. Since Native American populations were not previously exposed to these diseases, people rarely had  built up immunity, so these viruses quickly spread throughout the continent. These diseases are believed to have claimed the lives of 90% of the indigenous population in the Americas.1 Later on, upon the discovery of vaccines in 1796 and penicillin in 1928, these outbreaks were reduced to a memory.

Many poor regions of the world battle with diseases that could be eradicated with access to clean food and proper sanitation. Cholera, a disease caused by ingesting bacteria-contaminated food or water, harms people of countries hindered by drastic wealth inequality and lack of social development, while those of richer countries barely worry about it. Ebola, one of the most recent epidemics, was limited to West Africa, and caused major loss of life in the African continent.

The current Coronavirus pandemic has permeated the entire globe, causing damage even in the most developed of nations. An unprecedented event in our recent world history, Covid-19 threatens the global population and our advanced civilization as we know it. Fortunately for us, it seems the whole world has come together to fight the war against the Coronavirus–a war with an unseen enemy, one immune to fear, incapable of negotiation, and has only the desire to infect and spread.

With many countries on lock-down, severely limiting the movement of citizens, Covid-19 is heightening the class divide between white collar and blue collar workers. Many workers, especially those in service or part-time jobs, do not have the luxury of working from home, and are at a higher risk of getting the virus because they can’t self-isolate and risk losing a paycheck. Even the quarantine experience of people differs based on their income. While some people might worry about how to spend their time online, many families are going through quarantine periods with no internet access, and with minimal supplies.

We are living at a turning point in modern history. As we look now with yearning and appreciation for the normalcy of our previous lives, this current pandemic is planting seeds of change. What will the new ordinary be like in our society, economy and government?

Passing through a temperature scanner and showing a vaccination ID card might sound like a scene out of a dystopian novel. But this could be the future of airport surveillance, with intrusiveness becoming a small price to pay for the basic freedom of travel. Greeting someone with kisses on the cheek sounds like a thing of the past. Paying condolences at funerals might be reduced to a Facebook comment or a text message. Holding a stranger’s hand in a dabke dance at a wedding party might be too risky. Working out from home, walking or biking might be more favorable options than going to the local gym. Conducting business remotely might become the norm. Logging on to an online class in the comfort of one’s bed might replace going to school and sitting on a desk for six hours. Despite all this, humans will always seek closer connections with others, and eventually restore a closer ability to socialize safely.

Also, with supply chains breaking down and some economic sectors looming on the verge of collapse, many countries might decide to block exports or preserve critical supplies, even if this would have far reaching implications. This might drive some countries to the path of economic self-sufficiency, while others might fall captive to the generosity of influential states.

With millions of people losing their jobs, and industries losing money, the inequality gap will widen and mass consumption habits may change, as an economic recession is predicted to hit the US and European economies by July 2020.2 According to the Bureau of Labor Statistics, around 86% of U.S workers are employed in service industry jobs. Since remote work is the only solution against the outbreak, these workers can’t do their work from home. They also have the fewest labor protections such as paid sick leave, so they don’t get paid if they have to take time off for illness. Just 47% of the lowest quarter of American earners have access to paid sick days, compared to 90% of the highest quarter earners, according to the Economic Policy Institute. A recent NPR/PBS poll found that by March 14, exactly 18% of respondents said they were already let go or had their work hours reduced.3

The true cost of these losses will be borne by the poorest and weakest citizens. That’s why post-pandemic governments might prioritize working on basic income policies and universal health care, allocating funds for scientific research, as well as improving the current health care systems. This entails equipping communities with better response units to quickly detect and respond to future outbreaks, and produce medical equipment and drugs in a timely manner.

The 1918 flu pandemic drove forward the establishment of national health care in Europe. There’s no reason to suspect the 2020 Coronavirus pandemic will have different outcomes.In Albert Camus’ novel The Plague, the protagonist Dr. Rieux reveals what he has learned from the effort to fight the plague: “He knew that the tale he had to tell could not be one of final victory. It could be only the record of what had to be done, and what assuredly would have to be done again in the never-ending fight against terror and its relentless onslaughts.” Change is inevitable. Adaptation is a necessity. The end of the world, as some describe it, is a moment of self-realization and epiphany, not panic and surrender.

Hanadi Abi Ali currently lives in Beirut, Lebanon where she teaches math and science, and writes on important health topics in her free time. Hanadi studied Environmental and Public Health at the American University of Beirut.
Previous Suffering a Pandemic in Desperate Search of Blessings
Next 4 Ways to Spend Your Time in Coronavirus Lock-down 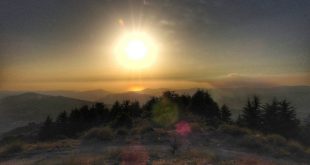 Suffering a Pandemic in Desperate Search of Blessings 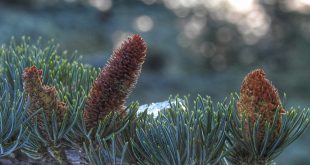 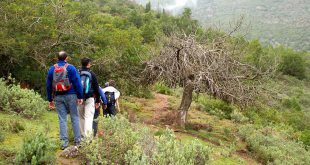 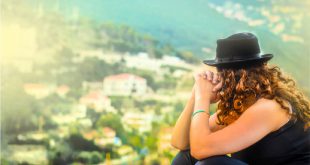 Fighting Cancer in Druze Community With Prevention and Social Change

A Druze man in his 40s, from the Lebanese Chouf village of Gharifeh, recently passed …