Golden Age of The Fatimid Empire, Birthplace of Muwahhideen

Wondering why the Fatimid period was called the “Golden Age”?  There are many useful and memorable contributions our Fatimid Imams have made to Islam, and the whole world. Here are some facts about the Fatimids, you may not know, that will make every Muwahhid appreciative of their beginnings at the height of the Fatimid (Fatimi) empire.

The Fatimids acquired their title “al-Fatimiyoun” from Fatimah az-Zahraa (pbuh), the most exemplary woman in Islam, and the youngest daughter of prophet Muhammed (pbuh). A progeny of Imams descends from and holds the title of this extraordinary female Islamic figure who was referred to as “The Lady of the Worlds” (Sayyidat Nisaa al-Aalameen), The Shining One (al-Zahraa), and Umm al-AImma (The Mother of Imams). The capital of Egypt, Cairo, was initially founded, built and named by the Fatimids, under the rule of the Caliph al-Muizz li-Dinillah (pbuh), and was known as the Cairo of al-Muizz (Qahirat al-Muizz), The Victorious. After the Fatimid conquest, Cairo became the capital of the Fatimid Empire, and in it was built a new mosque and seminary called al-Azhar (The Luminous), playing a splendid role in spreading knowledge and educating the people.

The Mosque of al-Azhar, also known as The Mosque of al-Qahera, was built in Cairo upon the orders of the Fatimid Caliph al-Muizz li-Dinillah (pbuh), and turned into an educational establishment, under the rule of the Fatimid Caliph al-Aziz Billah (pbuh).1 This seminary is not only the world’s oldest Islamic university, but also the origin of the black gowns worn for graduation.2

The mosque and university of al-Azhar, which remain to this day, are not the only educational and cultural landmarks of the Fatimid Dynasty. In 395 Hijri, the Sixth Fatimid Caliph al-Hakim bi-Amrillah (pbuh), founded the House of Knowledge, or Dar al-Hikma (also Dar al-Ilm), where a variety of religious and non-religious subjects were taught. This house was equipped with a vast library which was described by the Historian Ibn Abi Tayyi as a “Wonder of the World.”3

The education of the Ismailis, including women, and Fatimid Duaat were a priority of the Caliph al-Hakim bi-Amrillah (pbuh). To educate the public, he offered access to a large collection of 1,600,000 books, volumes and manuscripts. Few books and manuscripts survived instances of stealing, burning and demolition that followed this glorious period.

During Ramadan, the month of Islamic fasting, which is just around the corner, the colourful, bright lanterns called fawanees, illuminate streets, buildings and parks in Islamic countries. These lanterns that are also known as Fatimid Lanterns, al-Fawanees al-Fatimiyya, were originally invented in the Fatimid era–specifically on the 5th of Ramadan in the year 358 Hijri, upon the entry to Cairo of the Fourth Caliph of the Fatimid Dynasty, al-Muizz li-Dinillah (pbuh). The Caliph was greeted by people, who came out to light his way, carrying candles wrapped in paper and thin leather, and placed on a wooden base.4 From then, the Fatimid lantern evolved into different shapes and styles, and spread from Egypt throughout the Arabic and Islamic world.

The Fatimid Lantern or Fanous has become a legacy and a symbol of the holy month to all Muslims and especially Egyptian people, as lighting and displaying the lanterns has emerged as a striking Ramadan tradition. Technically, it isn’t Ramadan if these beautiful fixtures aren’t lit up everywhere.

The Fatimids were famous for the remarkable and lavish celebrations such as Eid al-Adha, Eid al-Fitr, Eid al-Ghadir, Eid al-Mawled al-Nabawi, and the Hijri New Year. They also shared in the celebration of some Christian festivals such as Christmas and the Coptic New Year.5 It is claimed that feasts and festivals took place almost year round, about 270 days out of 365 days, and intensified mainly in the last decades of the Fatimid era, under the rule of the Caliph al-Hakim bi-Amrillah (pbuh).

To date, the echo of the Fatimid Empire is still present in the smallest and boldest details of civilizations and cultures, as the Fatimid Imams and Caliphs left us remarkable narratives and examples to benefit from, and pass on to future generations.

Loujein Amaneddine is a Multilingual Translator with a background in English Literature. Loujein currently resides in Chouf, Lebanon, where she is an avid blogger and writer.
Previous 4 Ways to Spend Your Time in Coronavirus Lock-down
Next American Druze Society So-Cal Elections: Anything but Transparent! 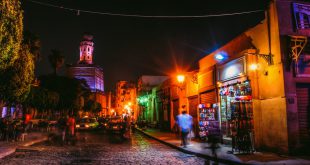 Did the Druze Magically Appear Out of Thin Air?